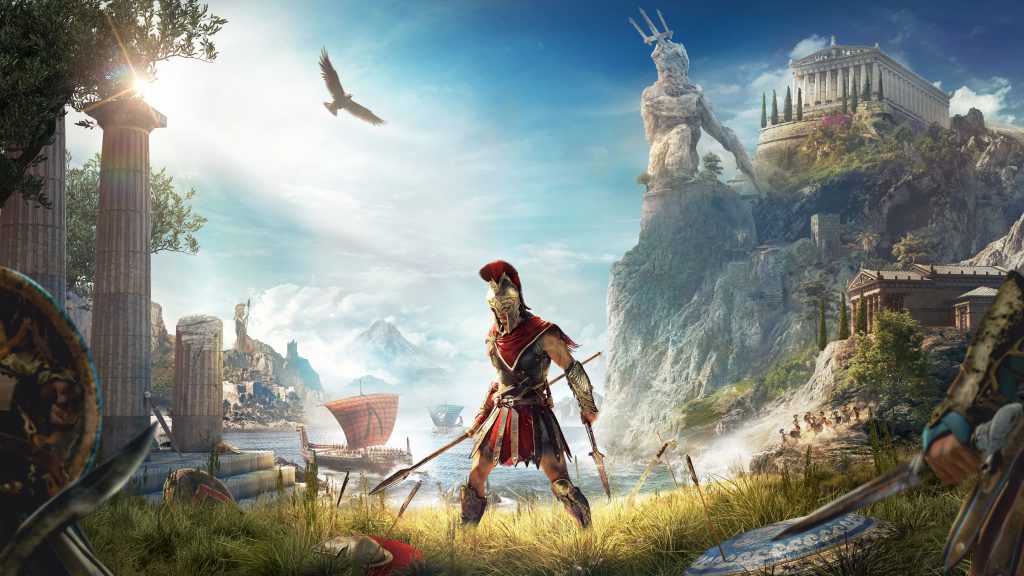 The new Assassins Creed as a promised fullblown RPG game.

But behold, Origins was a very good game, which I enjoyed to the end.

Now Odyssey picks the formular which made Origins a good game and mixes it with some new gameplay elements.

Decisions that really have a impact, for example.

I had to make a decision if I would kill or save a family that seem to have somekind of virus.

Of course I spared their lifes, just to see the whole land get plagued with their sickness, later in the game. I was shocked and amazed at the same time. I thought that my decision wouldnt make a difference in the Game. 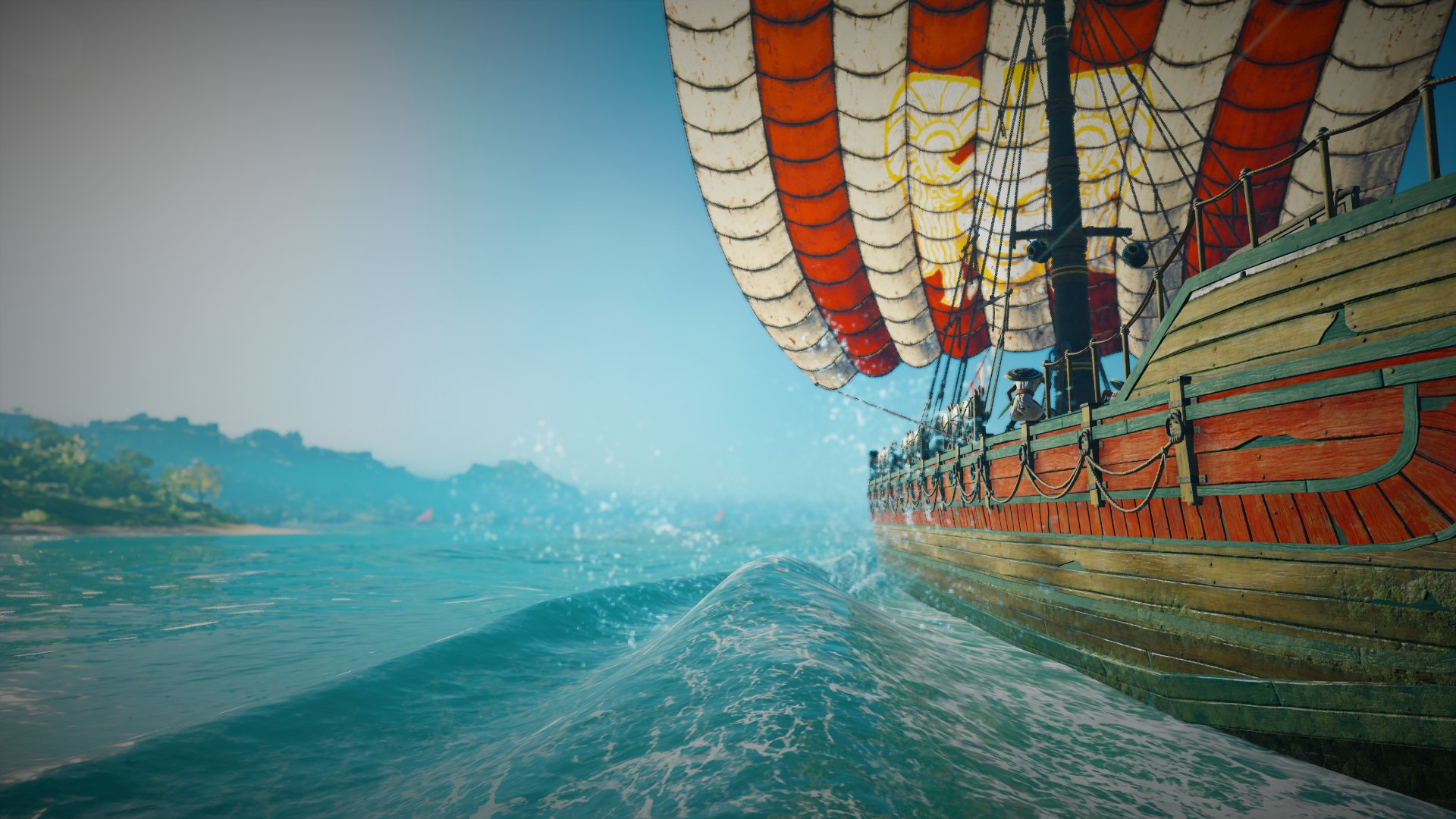 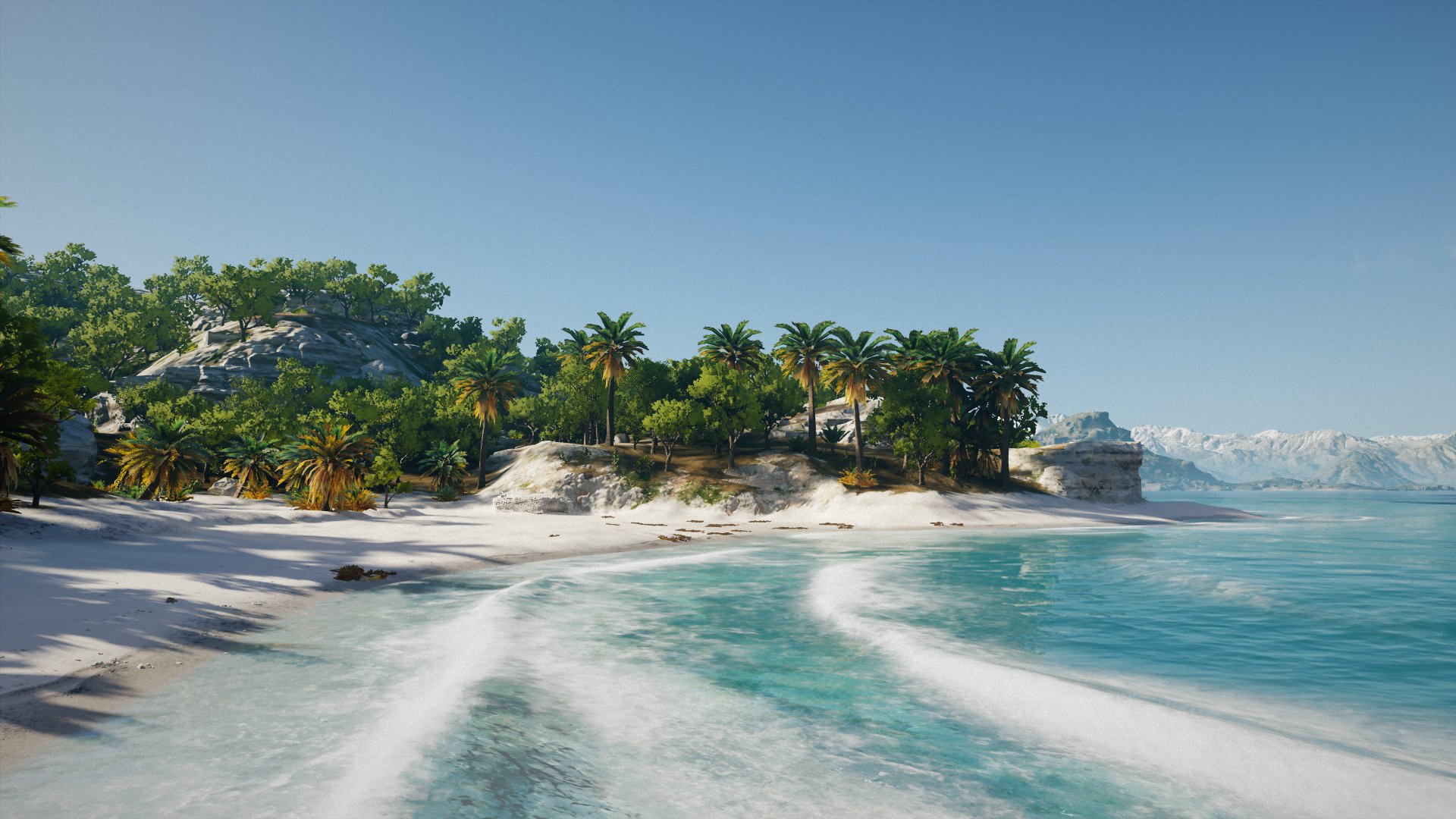 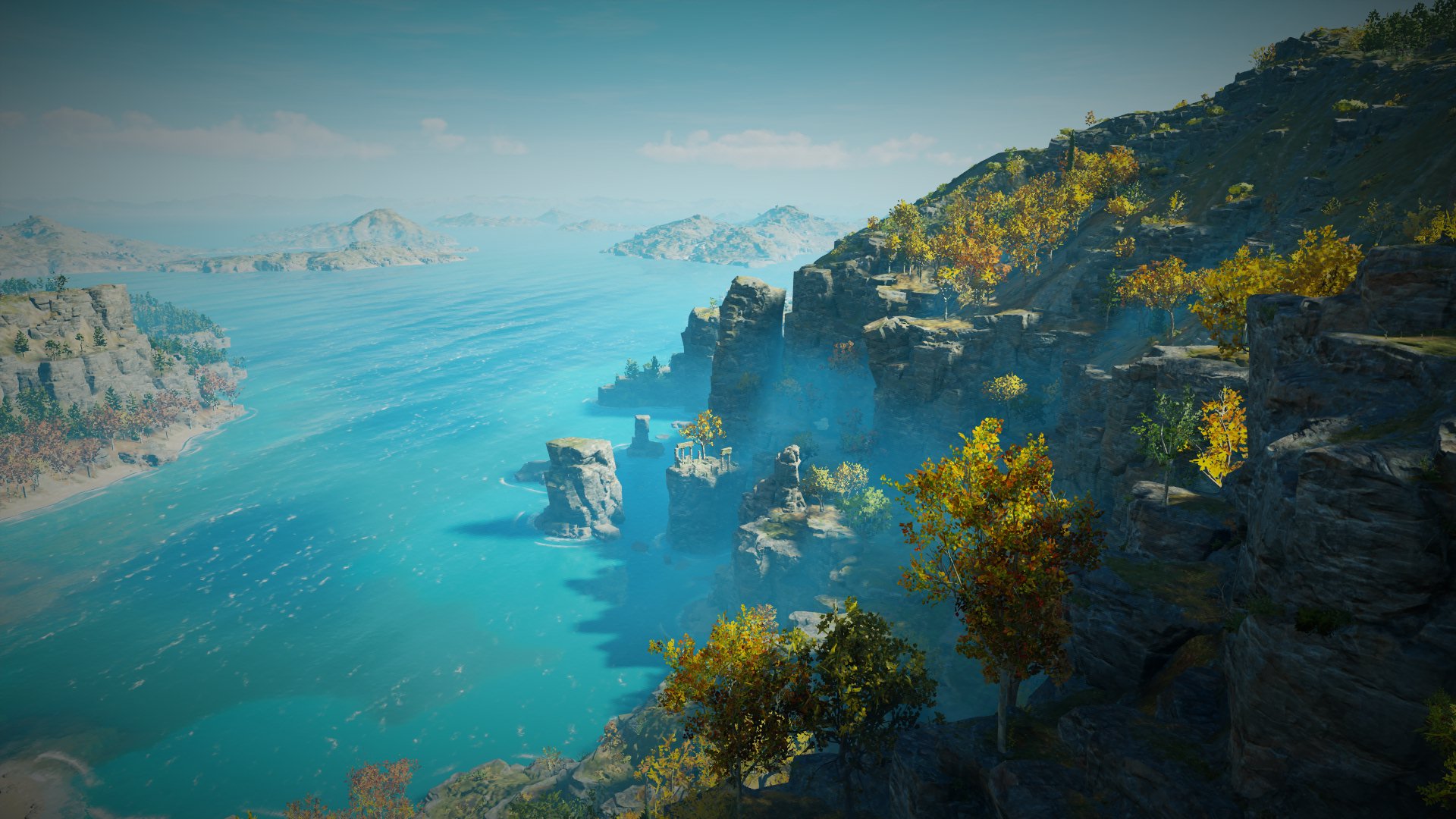 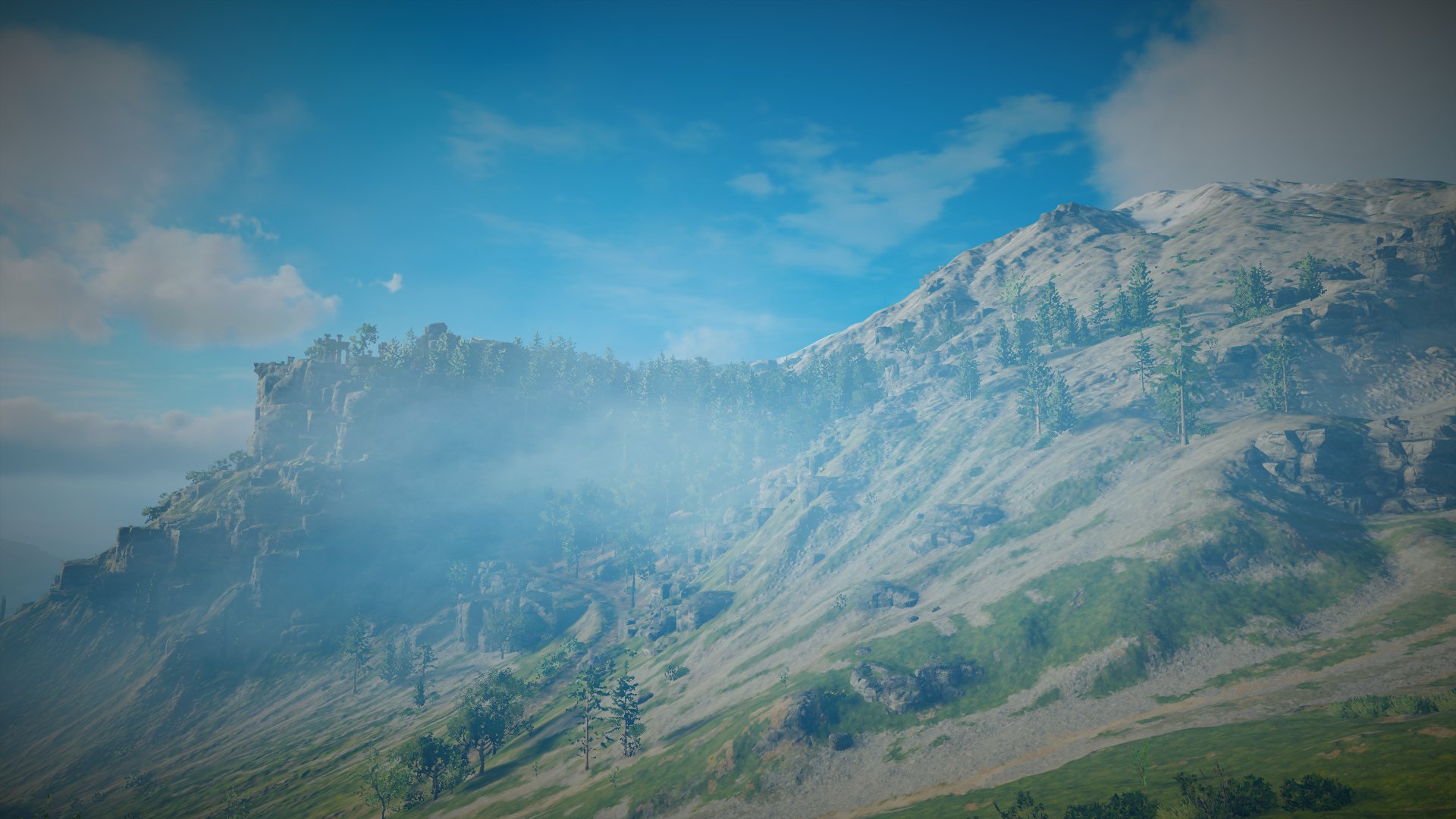 The Gameworld is larger and even more beautiful than the World in Origins.

It is packed with locations to discover, boss animals to defeat or beautiful cities to explore.

And dont even get me started with the sea which can be sailed with your own ship.

Which is kind of a let down. 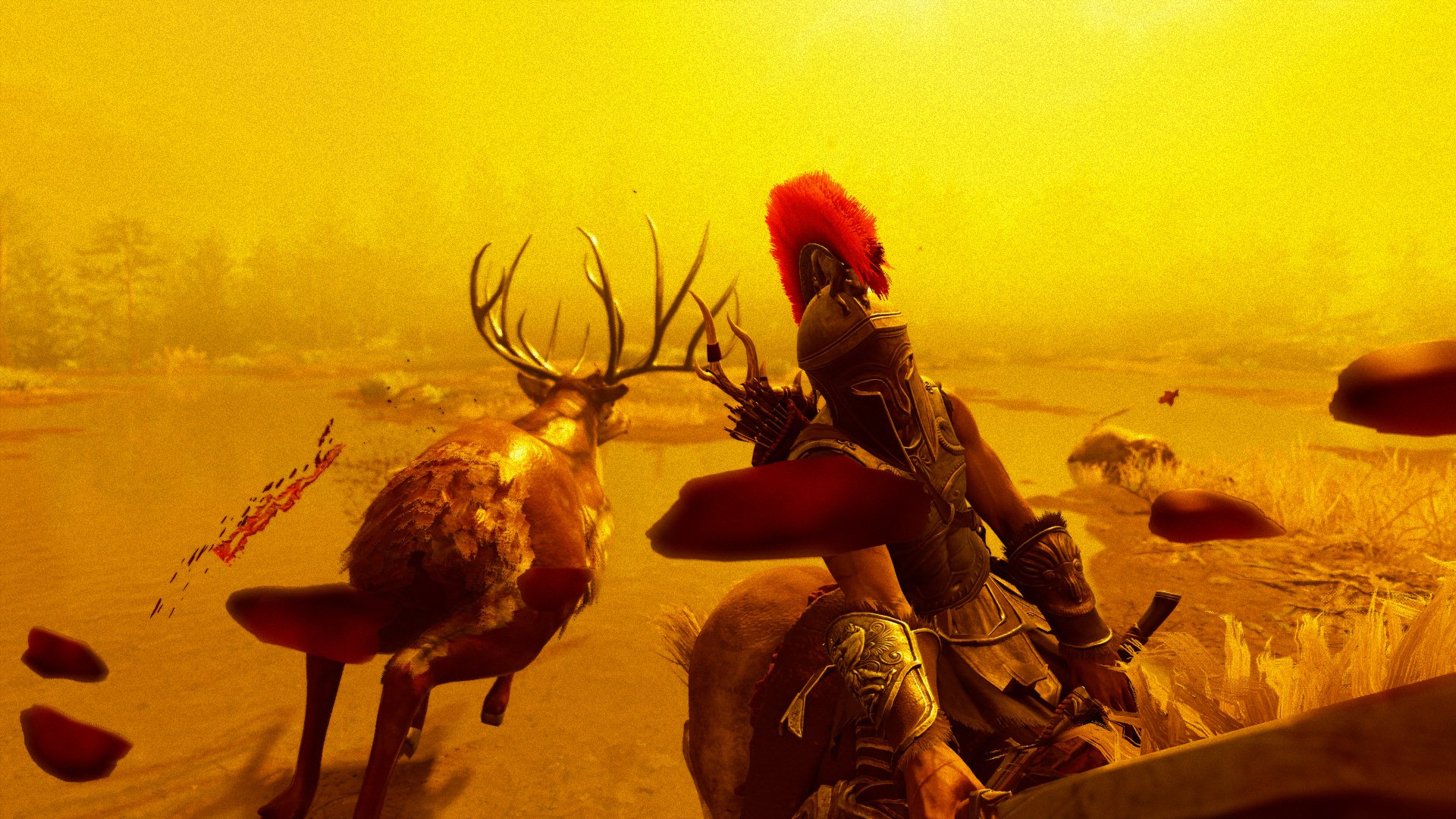 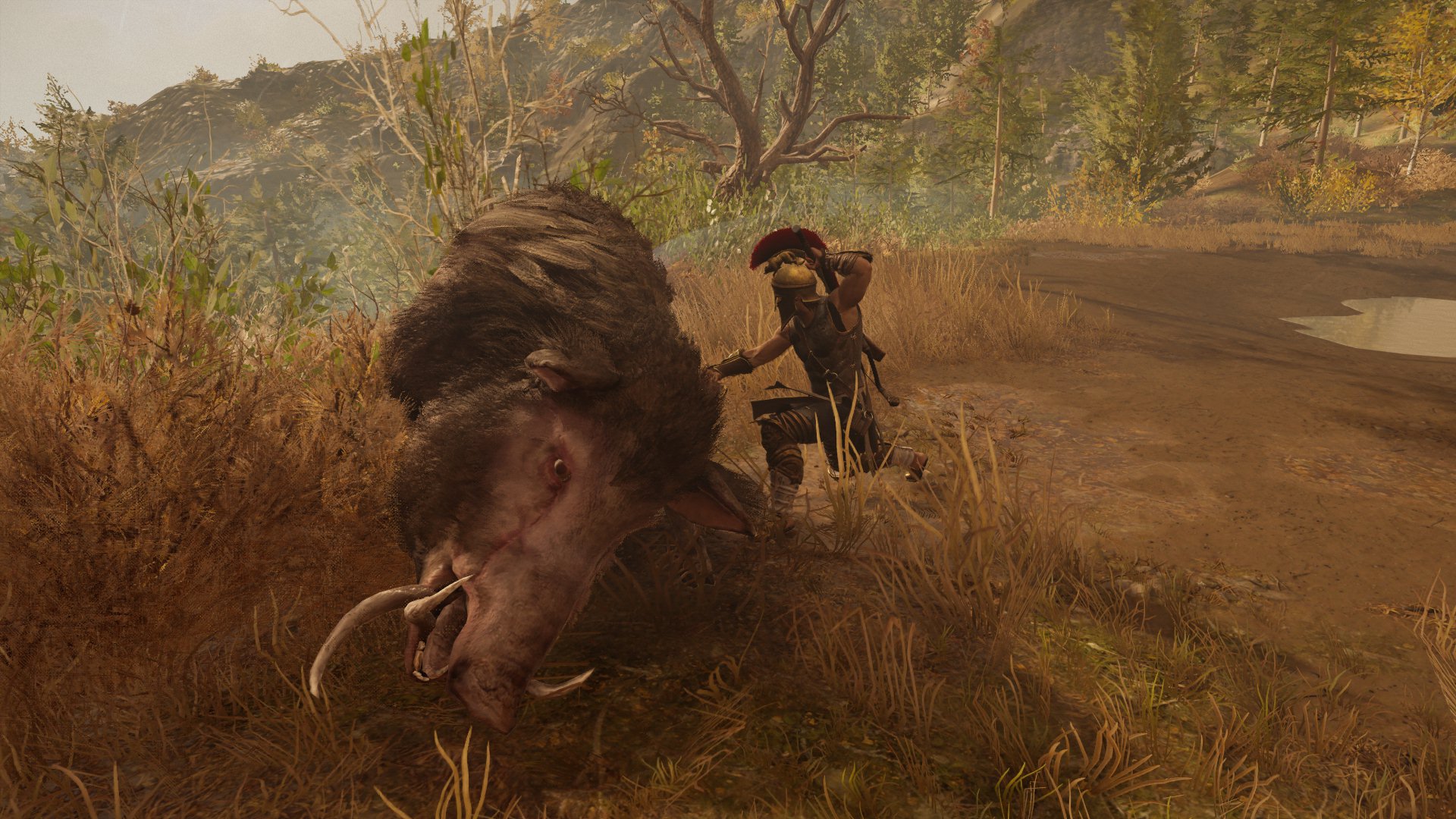 The Combat is the same as you are used to AC games, expect the adition of "abilities" that can be leveld up and be used while in combat.

Its too bad that you cant use a shield like your enemies do.

Depending on the location where you are, enemies are on a higher or lower level than you are.

Which makes some fights really hard and challenging. Some enemies can only be slayed, if you have got a almost equal level as them. Just like in Origins.

The "God Challenges" and "Papyrus Riddles" from Origins make a return in Odyssey.

The Challenges are mighty and majestic animals that you need to track down.

But the "Papyrus Riddles" are only extra perks for your weapons instead of legendary equipment and weapons. 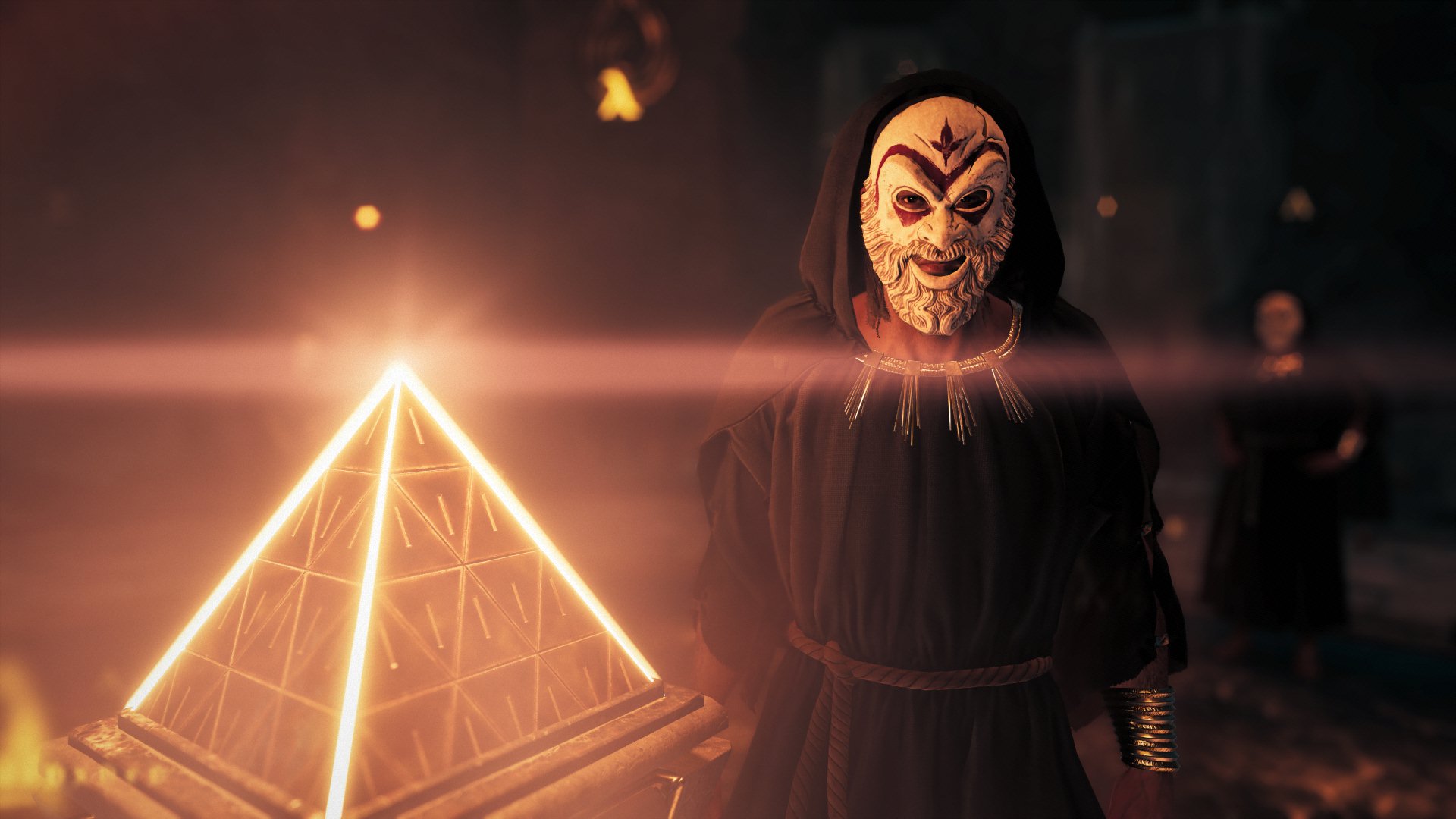 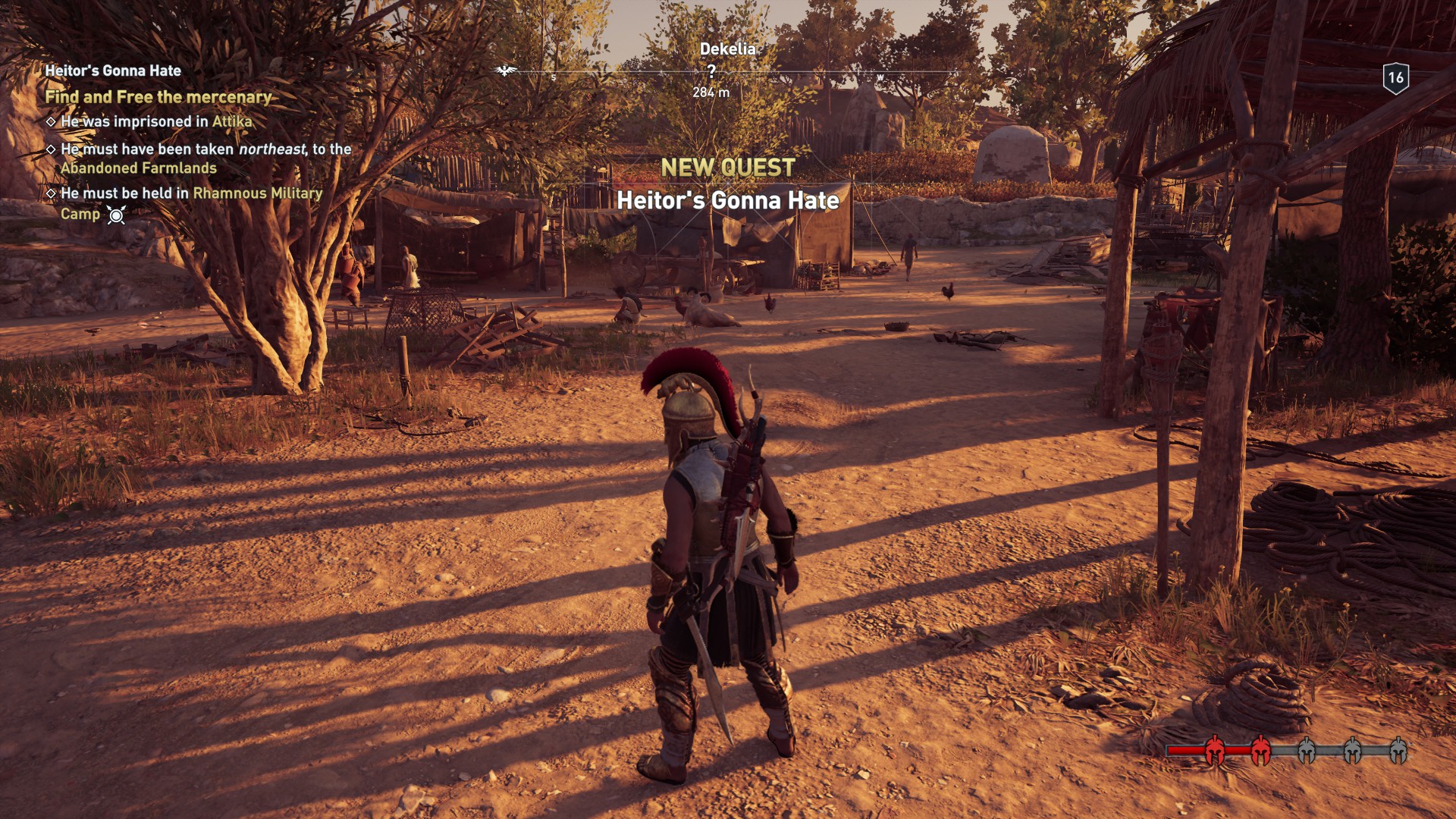 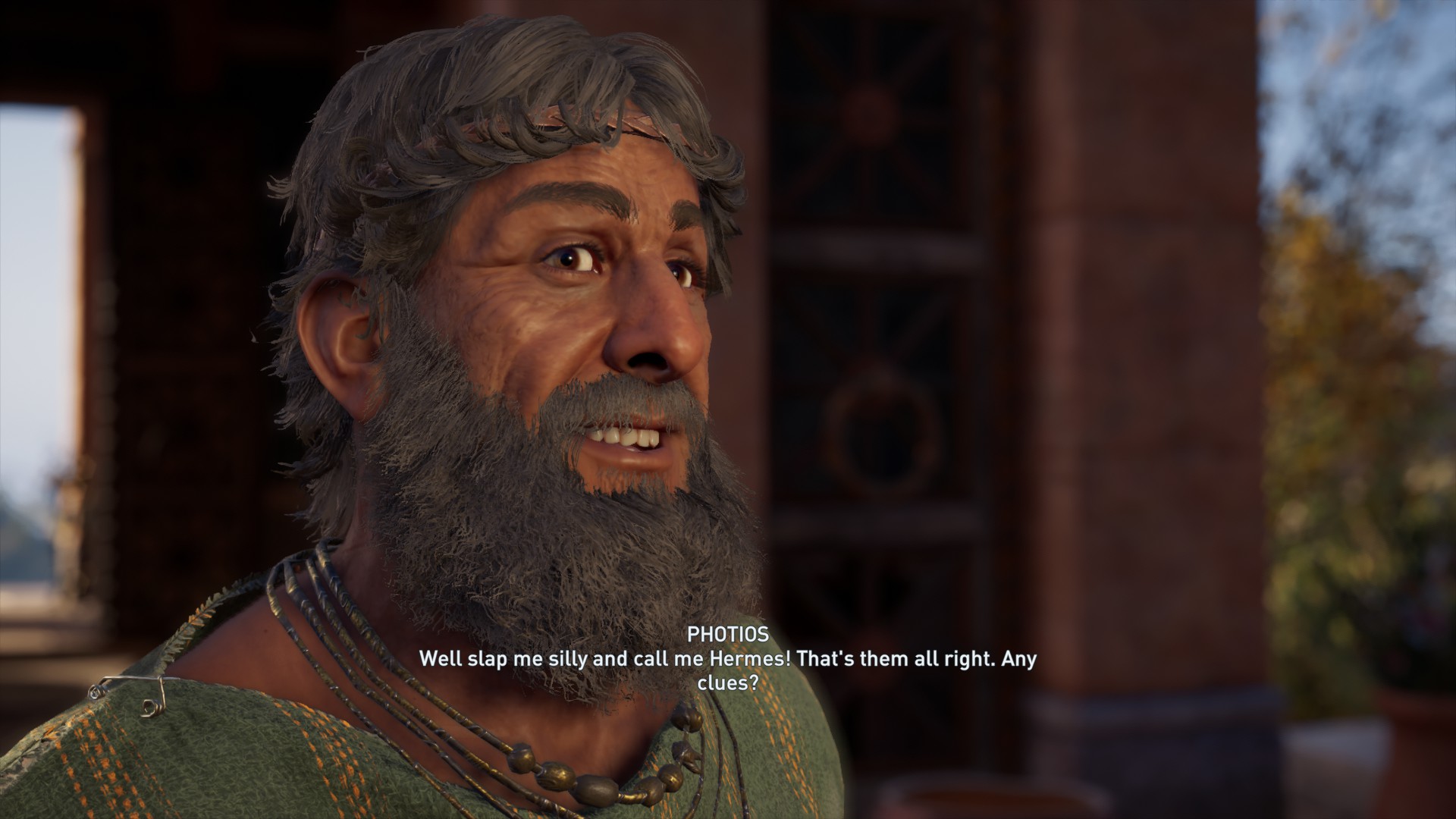 The Story is interesting and versatile. I have played around 36 hours to this date of this review and it feels like that the story is almost as good as the story in AC 2.

Alexios (The protagonist) has character depth to him and even some humor, based on your answers to the NPC's.

I am curious how long the Main story will take me to finish and how it will end.

The Graphics are just as good or even a bit better than in Origins.

The Lighting is vivid, textures are highly detailed and the performance seems good.

But there is a problem with the texture streaming sometimes.

Some textures seem to take a longer time to load and appear blurry and messed up for a short period.

A first review of this game, even if I am kind of early in the game.

The Story and gameplay is very good and just got some minor flaws until now.

Alexios is a charismatic and likeable guy, who acts based on your decisions.

The gameworld is vivid and one of the most beautiful I have ever seen.

Even if the Game has some Ghost Recon: Wildlands vibe to it,

I would recommend this game to every Assassins Creed fan or newbies to the franchise.